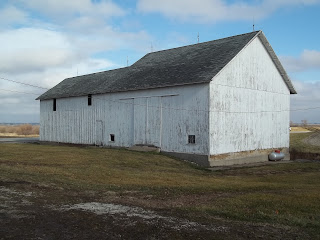 Blueberry Barnyard, one of the many endeavors of Tamara Houseman
There are many moments during this trip that have been eye-openers; surprising and unexpected treasures are found everywhere. I suppose that most of these are found when I realize how easily one can hold a perception about a person or thing--but the truth is that there are no labels for anything:  Life is as beautifully unexpected everywhere.

Such is the case with Tamara Houseman. Tamara is a serious Midwesterner, by all accounts. She is definitely a super-woman, but her gung-ho zest for life might surprise even the toughest folks out here. From what I understand, she comes from generations of wizened farmers to the land, a tough job at any rate. She grew up on a farm, learned it's hard-working ways, and applied this to her life. Consequently, she worked, worked, worked, with little fear of hardship. Other life challenges intervened; she raised two children on her own while making the gutsy decision of buying and running a road construction company.

Yes, she is the only truly female run barricade and road construction company in her area, and at one point built all of the barricades herself. And if that is surprising, then expect more of it--this lass is also reconstructing her own house and has spent much of her life building things. Maybe it's just me but I'm one of those contingent of females that probably couldn't handle nailing a hole in the wall, and I applaud her.  She also finds the time, and expenditures to run her own farm, with quality milking goats  known as Zen Goaties (and some chickens, peacocks, horses and dogs, to boot) AND the new farm that her daughter is running--Blueberry Barnyard--just down the road from her own home. Is it any surprise she awakens most days at 4:30 am?

I have no idea where she gets this energy....and if there is a feeling of tomboyishness about her, you might be right...to an extent. Oh, don't doubt that she will speak plainly and directly to you--some might call it blunt speaking--but you would be wrong, simply because her delivery is SO HILARIOUS that you will die laughing in the process of being told the truth. Yes, the truth is in her words, but you can't be mad at her. She will also good-naturedly tell you when she makes mistakes, too, with such regaling that they become huge war stories that are endlessly interesting (feel free to ask her about the day when she accidentally "cut" her leg with a chainsaw!)....

But she will surprise you, too--while her life looks like mud, dirt, and bottomed-out living, she is a shrewd business woman, though humble enough that she wouldn't let on to her smart investing and actions. She is amazingly generous...but most surprisingly, she is ravenously curious about the world, and she is possibly one of the most spiritual persons I know...

It hadn't occurred to me, that farmers would know about manifesting anything, but on one of the many car trips during my week-long stay, Tamara had asked me what I was doing after this long leg of the Midwestern trip. I had no answer....so much had already happened before I even got here, so much was up in the air.

"Well, have you thought of manifesting it?"
I immediately stared at her--I thought I heard wrong: "Wait...what?"
"You know, manifesting it," and she proceeded to tell me about this belief that she fostered, about reading books on creating the life that you wanted...
I laughed. "Tamara...I KNOW about manifesting. How do you know about manifesting?"
She grinned at me sheepishly. There seemed to be an unspoken understanding that women living in places where corn is grown far past the horizon aren't supposed to be up to date on the latest spiritual methods.

I smiled back. In all honesty, I had been all manifested out. I had tried, this past turbulent year, to manifest a winter coat, a new farm job, a life on a farm, a wedding. I had been lucky to have everything until the eleventh hour, when all I ended up with was the coat. In many capacities, I was tired, but grateful, I had left with no more or no less than I came with.....or maybe I was frustrated? Who knows...I felt an outsider, but had been part of so many wonderous adventures...truly, this was a mixed bag of roller-coaster workings that left me feeling thrilled, yet queasy, a pure nomad outside of a space, never holding onto it...

So somewhere in the world, the idea of traveling across the country suddenly hadn't sounded so crazy--and here I was, with her, and so many other friends amongst the rolling countryside...a manifestation in itself.  This was a good place to stop, and heal, and learn, and teach. What else was there to gain? I was in no better spot than to be amongst a surprising woman who built houses, and joked, and raised kids (human and animal) and probably lived in a more authentic way than many people I know.

Rock on, my spiritualist farmer friend, I know so very few like you....
Posted by Unknown at 8:18 AM

Lovely post! And I totally know that sheepish grin!

I am jealous of your vagabonding adventures...keep it. Aren't people cool!?