LOVE, And Other Four-Letter Words 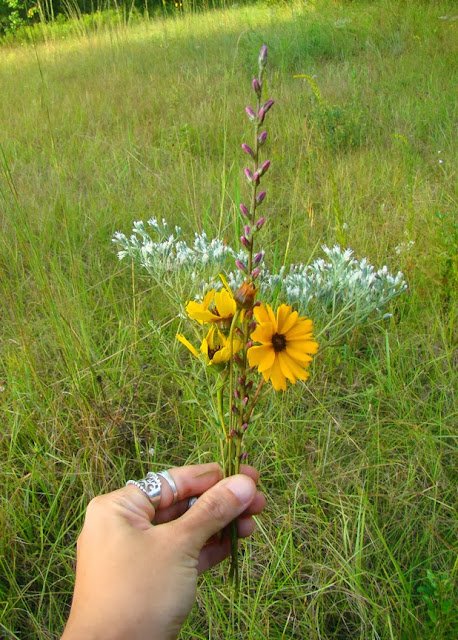 I should probably begin this post with a disclaimer: I am absolutely grateful for my life. If you have read along, you will know that this curious adventure has been quite the ride, the sort of thing that perhaps imprints on the imaginations of people, where words like "extraordinary" are bandied about...

I don't know what, exactly, you could call this post--a wondering? An observation? Maybe it's the holiday season--but I am here to talk about love--romantic LOVE, and other four letter words, like LIFE, and FEAR, and HOPE--and loneliness, and musings of the jagged-ridden follies surrounding it. Call it the last post of 2013, perhaps a sublime attempt at riddance before the new year?

To be quite fair, long before the holidays, I'd noticed something (and perhaps it's just occurred in my particular part of the world) but darn-near everyone I knew was breaking up. And I mean everyone. From beautiful, spiritual artists who were together for thirteen years to the farmer couple who had been together for fifteen (the one where he had lovingly taken care of her for her auto-immune illness) and whose relationship reminded me of MY parents'. And the one where the quiet one (and why is it always the quiet ones??) shocked the devil out of everyone by cheating on his sick wife. I swear, I'd never seen anything like it this year.  Do people stay married anymore, do people even want to get married?

Apparently not. There are studies by wizened men that say that 65% of marriages in America end in divorce, and that there are more unmarried people now than historically ever was.  I don't know why that should bother me--or even phase me--

It makes me sad. It makes me lonely. It makes me sort of afraid. And it makes me question everything on the Art of Love. Oh, you don't think there's an Art of Love?   See, way back when, this marriage thing, it was a big deal. There are people who would scoff at my ridiculous sentimentality--and indeed, waaaay back when, marriage was a practical contract, a binding of two families through a union that literally involved exchanging a woman for a payment (dowry).  Barbaric indeed--quite literally.

But even in that era, there were ideas of love--even forbidden love, that caused men to woo women with poetry and song and flowers--where do you suppose all these "chivalrous" ideas come from?

Fast forward a few centuries to your grandparents' era, you'd come to define a typical family as two people raising children and staying together for decades. Now, I don't mean to say all of these unions were some sort of happily ever after--indeed, I suspect the moral codes of the time made it quite scandalous for divorce--but I've heard enough people say their grandparents loved each other for so many years. Mind you, I didn't say those years were EASY. I'm not quite sure that the love stories were always EASY--but then what, that is worth anything, really ever is.

I say all this as I stare at the mirror of my own love story...or rather, my own NON-love story.  I'm not sure what to make of it, or that there is anything to make anything out of. Normally, I'd probably have no business even ruffling feathers over it, because I'm too busy to think about such things--and that may be precisely the point. See, much of my life has been a blur of creative shenanigans and adventuring folly. You remember: the acting, writing, filming, doll making, folk painting, animal loving, running to different states type of activity sort of takes up one's days. And when NOT taking up days, I turn to deep thoughts--you know, the overly sensitive kind that wonders where the sentimentality, the heart of things belong. I don't know if it's a good thing, all this thinking.

It is hard to know where, or even whether, to put one's heart out. Lately, it is such the way of thinking that the INDIVIDUAL is so valued, and there is almost no room for just being oneself in a relationship. Oh sure, there are sayings, courses, memes, books hailing revelry to the high importance of being yourself no matter WHAT, but how does that translate when dealing with another person? And since that person isn't YOU, inevitably, you will have to accept them even if it isn't necessarily kosher to YOUR sense of self, right?

So, why is it, then, that everyone seems to be bandying about--bouncing from one person to the next, because the person isn't thin, pretty, rich, or agreeable enough? I've literally heard conversations between people--almost boast-like--of  "finding the next person around the corner if THIS one doesn't work out." How easily interchangeable we've become, as disposable as much of society has gotten to be.

Sure, sure, you say---this is the very reason it IS important to be happy alone, but if that's the case, why are people wandering around, so LONELY? Why are online sites proliferated by countless souls?  And yet why does admitting loneliness seem like some kind of defeat?

Even the last fool in the promised land who dared sermonize to me the grand importance of being alone and showed himself off, pridefully, as a person who relied on no one STILL lamented bitterly that no one wanted to go into business cooperatively with him. Truth is, people need other people to SOME degree. Unless, I suppose, one had the privilege of hermitage or monkdom.

As an extrovert who inherently enjoys the company of people, it is a slow death, this Art of Loneliness. Yet, ironically, I've probably been alone most of my life--literally locked in my room as a teenager, with only stories and writing to guide me, and as a strange young adult, unsure of what to make of people, other than the performing arts sort. So trust me when I say I can and have run circles around the idea of being by oneself, and WITH oneself.

And yet, if I am to believe or even comprehend these things about LOVE,  it leaves me wondering how LOVE became something with claws and fangs, dangerous and unpredictable.

To be fair, I am a naive hunter. I am no woman who was bound to men since teenagehood, nor can I list a bevvy of them as trophies. So perhaps I am unskilled at the art of love. In fact, I know I AM unskilled, simply because a life away from acquiescing in compromise for a relationship has probably left me far too independent, and perhaps unaware of good partnership etiquette.

Not to mention, how does a person like myself actually go about, rounding up a relationship? As has been joked before, there likely would be few takers to a spot that goes: "Crazy-haired dreamer who tends to travel, dabble in art, painting, woodburning, beekeeping, general storytelling and--oh yeah--traveling everywhere in a very unpredictable fashion looking for Nice Guy. Don't bother coming to the house, as I'm NOMADIC. But YOU should be stable."

So maybe it's me. Maybe my independence and predictability is too much for the average red blooded male. Maybe I've never been great at this. Or maybe I just miss certain people I shouldn't be missing.  There is that, yes. There are days I wish I could apologize for some of the utter weirdness and perhaps focus less on the stressful parts of the relationship and just let things be.  I find myself thinking of all the small, silly, cute things that happened, and the bigger, strange, fearful things that I let ruin those and it makes me sad. I realize that leaving on this journey, even, is part of that love story--I HAD to get out, get past my secluded shell and see how others define their own little love story.

Who knows, love is sometimes a complicated web to weave. I have no magic formula, and no professor on this science of love. I suppose, in the end, if two people can just let each other BE, and truly accept all the flaws and not be too hard on each other, that may be the answer. Indeed, perhaps there are still good people out there...maybe.

But for now, there shall be shiny things to look forward to. I have a BOOK in the works (a FOUR letter word) and perhaps a new TRIP (another FOUR letter word) being discussed, but that is perhaps getting ahead of ourselves. Mostly, this coming year is about HOPE.  And I suppose, for us all, that is all there really ever could be...
Posted by Unknown at 6:00 AM 6 comments: