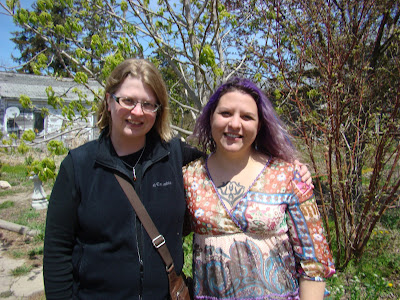 Friends Tanya and Maggie, last year
This tale sometimes unfolds at cyclone speeds; there is no use but to try to get in as many details as possible. Often, however, I will miss a few scenes, even a few people, in the fray.  This is sometimes the unfortunate aspect of "too much of a good thing," though I wouldn't trade those good thing for all the treasures in the world.

I daresay this post finally highlights one such friend, who I do believe I've mentioned in past posts, in passing, but who I am now happy to spotlight. To be fair, she is a quiet, kind sort, probably far too practical to even care whether she shows up in such stories, but nevertheless, she is quite story worthy, indeed.

As we left off in yesterday's post, I had finished up visiting fellow wild-haired, creatrix Maggie Howe, and had met up with another long time friend, Tanya Hermann. She had been there from the beginning, from that very first trip to Iowa, and I remember meeting her at a house concert thrown by yet ANOTHER fun Iowan, Jen Heins.

Tanya is what a loud and wild spirit like myself might consider an "introvert," but again, this might simply mean her life is tuned to a less outrageous volume. Fair faced, with a shy smile, there is a sort of quiet confidence about her...and an air of mystery. She is succinct with words, and from what she has volunteered I know she works in Des Moines, has a blind horse, has rescued and fostered animals, is active in the many activities in and about her community, likes canoeing and nature and...I suspect, has a sort of dreamy life that she would like to undertake...but again, this is my assumption based on the sparse words dropped here and there, about it.

For these recent travels, Tanya was sweet to to drive me to various sites in Iowa after my visit with Maggie and her mother, and I am always amazed at what I DON'T KNOW about this countryside which is so easily dismissed as simply "one big state full of corn fields."

Indeed, there is a wealth of beauty and culture here--a bastion and motivation for this strange, velcro love I have to this place.

We started off by going to Maggie's recommended spot, a nearby acreage called Two Sisters Garden, located the next little bucolic town over. Actually, we drove right past it, though Tanya immediately guessed that we had done so--and indeed, the unassuming sign had been blocked from view by fauna on the property. It was an ideal little place, with a enchanted red farmhouse and sweet sloping hills...picture perfect.

There an older woman with character, a wry smile, and a farmer's hat, and a younger, goateed gent (her son?) stood at a humble little farm stand which faced the road, at the front of the property. They were selling a few things common to the season which, unfortunately, consisted of mostly lettuces and green onions, but there were also a few jars of jams and fruit butters available. 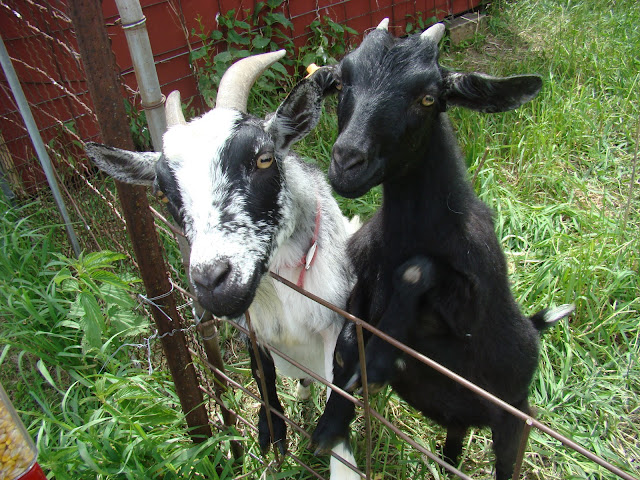 More popular, though, were two sweet goats in a small pen nearby. The proprietress had several goats for milk, it turns out--and by all accounts, there would be more farm fun further into the season.

Also popular, several metal cactus sculptures that the owner seemed to be using as decor on the farm stand table and at the front of the farm. Tanya seemed drawn to these, and mentioned her mother also had an affinity for such sculptures.


I was sorry to leave such a sincere little spot, and wished them well. Truly, small farms are the backbone of this country, and you can just see the determination within each farmer. It's a mighty and lofty gamble, tilling the Earth and negotiating with Mother Nature, but it is an honest and necessary covenant, I think.

Our next stop would be...far more exotic. Swinging down a few streets, Tanya had wondered: had I seen the Hindu Temple out in the cornfields?  I probably stared at her boggle-eyed for a moment. I wanted to blurt out: "say what?"

So of course, off we galavanted to the very spot. If I could have rubbed my eyes for clarity, I would but indeed, as promised, there stood the Ashram that Tanya spoke of! 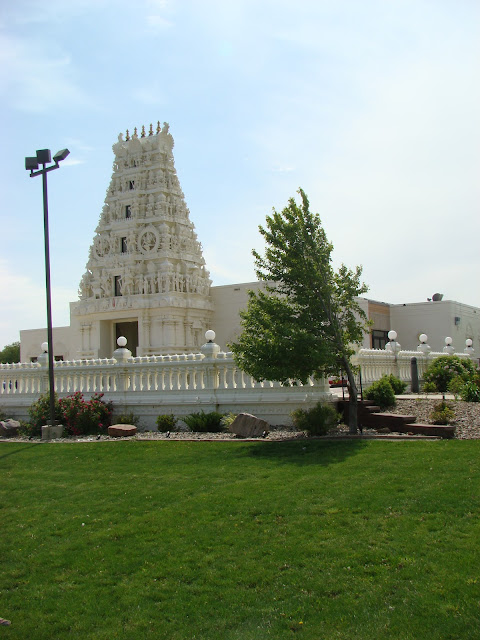 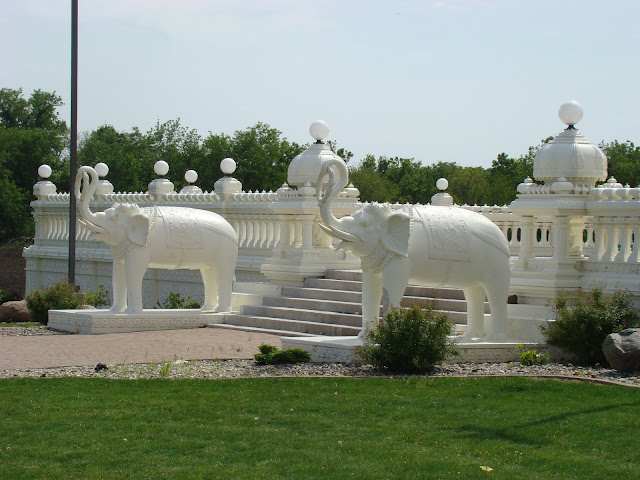 The entire thing was a stunning display of skill, dedication, craftsmanship. I tried to keep from gaping, but truly, I couldn't have imagined such quality in India, much less in proximity of "The Middle Of Nowhere!"

Tanya mentioned something about a famous guru who taught and resided in the area, of the Hindu community there too, of the building process of this monolith...but it all sounded so blurry in my awe-stricken state.

Nevertheless, Tanya managed to take a picture of me in front of this work of art... 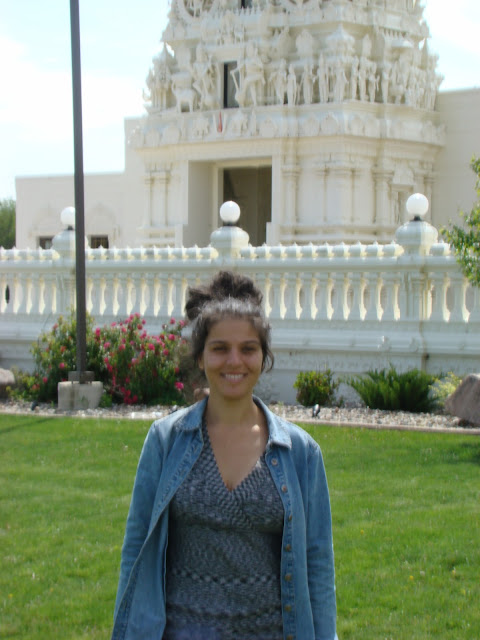 After that, it was off to another exciting place...yes, this would be our foray into various towns to see antiques. You do remember I have an uncanny antique fetish, don't you? I may or may not have brought a few sweet little kitchen items but we'll never know since we wouldn't want a certain Significant Other knowing whether or not I've brought MORE antiques into the house. Eegads, this might be worse than bringing a stray pup into the fold!

Many thanks to Tanya, and all of the other Introverted Farmgirls out there--for friendship is both loud and quiet, and needs no words!

Hey thanks for visiting our farm! We always enjoy meeting and talking to new (and old) people who stop by. If you are ever in the area again, please drop by for coffee! If you or your readers are wanting to learn more about us, please check us out on the web: www.twingirlsgarden.com.
Thanks again!
Lisa
Twin Girls Garden