The Lost Files: Just Nutty--Pecans, And A Recipe.... 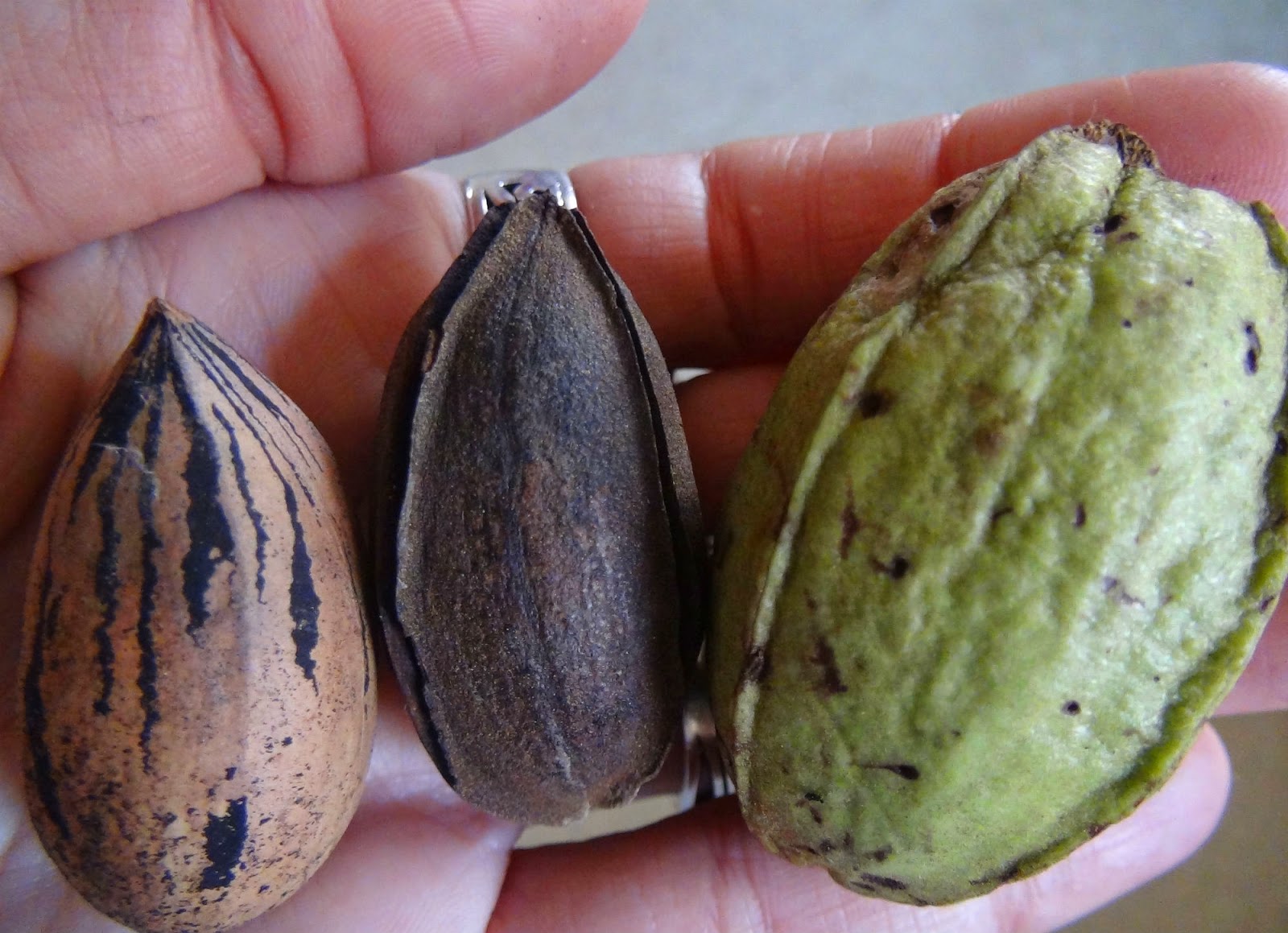 Sometimes, there are funny little stories within stories, and these little morsels are the type I love participating in, and sharing. They are little moments, which may seem like little sweet nothings, but they are the sort of human-ish moments that might make up anyone's day....

Take pecans, for example. Yes, you are reading that correctly. What the heck these might have to do with any sort of journeying would be answered on the first day I arrived in North Carolina, to visit my two mischief-making artist-sister-friends.

I had just met Dustin and Brandi at the sweet cottage along their quiet rural town, and had gone to fetch a suitcase from The Old Jalopy, the van that has been both my chariot and nemesis during these crazy journeys of mine. Right as I had closed its door shut behind me, luggage in hand, I heard a thunk, and a strange object landed right at my feet.

I reach down and picked the thing up, eying it curiously for a moment. It reminded me of a large oval pod.
"What is this?" I asked, holding the thing up in a chilly hand.

Dustin turned to me and smiled that dimply, impish smile she has and said simply, "Oh, that's from the pecan tree," and gestured to a stately and unassuming arbor behind her, sitting right next to the house.

My eyes went wide. Pecans, falling right onto the lawn. Visions of pecan pies and various other nutty sweets flashed before my head. Mostly, I was tickled pink that there were just free nuts, right there, just like going into a supermarket and getting it, except it was waaaaay better, because they were FRESH and FREE. So of course I had to ask if I could grab some up during my stay. Those girls were sweet and obliged. Which meant the next morning, I found myself practicing the low tech version of getting food.

You may or may not be surprised by my undertaking of that sort of adventure, but you'd be out of the loop by now: I've been known to pick mulberries off of trees running wild right in metro New York, much to the chagrin of many of my sophisticated friends. Maybe it's something in my DNA, being raised by two farming-types from other countries, but the idea of food straight from the source were always the cat's pajamas. It's the sort of thing that trumped my original performing arts intentions, but stories of growing crops and picking fruit and keeping bees always seemed more intriguing to me. There's something to be said about keeping up funny little traditions, while being self sustainable, at the same time.

Which leads back to the pecan picking, itself: out on chilly morning, shuffling through paper-crunchy leaves, their skeletons so brown that I quickly realized I might have a problem finding the little brown orbs of pecan goodness, as their outer shells were also tawny colored. Well, mostly: they sometimes could be found in their green outer skins, which was the unripened husk of the pecan. These often dried, becoming a deep brown, then peeling back, to reveal the immediate outer shell of pecans. THOSE would need to be cracked with Ye Old Nutcracker to reveal, finally, their fleshy insides, the part you could eat. Walnuts come in the same type packaging as well--the green fleshy husk, that would eventually become the outer shell, which revealed a second shell, the outer shell so brown that it would often stain hands, and would be used as a dye.

There was something about searching for these fallen nuts amongst all those leaves. In the soft earth, and wearing soft-soled sneakers, I could quickly discern the feeling of the hardened nuts as I shuffled slowly about, poking a toe here and there. It was slow going, seeing with the eyes of the feet, time seemed to slow as the strange sensory of long forgotten skills--simply FEELING one's way around, became second nature. I wondered strange, silly things: is this how the hunter-gatherer types...gathered? It must have been. Away from machinery, it's easy to start feeling clever once my little back was quite full of these children of trees.

Pecans are part of the hickory family and can be found within the Southern United states. They have been prized, where they are found, in all sorts of dishes, particularly for Southern Pecan Pie.  People, I will not disparage a pecan pie for all the money in the world--I've had many a fine pecan pie, the sort of thing you write home about, but I was taking these lucky nuts back home to The Li'l Mama. And if you knew The Li'l Mama, who hails from Europe, you knew she would knock your socks off with all SORTS of fine desserts that would make a pecan pie blush.

Mama is from old Europe and, as most lassies of the day, she learned to cook at her mother's knee, when SHE was knee high. Baking was high on the list and she was the sort to grind her own nuts MANUALLY, and stir up super light things in an era before electric mixers and blenders were on the scene. People, this woman DID. NOT. PLAY. when it came to tasty things. Which is one of the reasons you could not be a size two at my house growing up.

Having said that, I shall now regale you with a slightly "different" type pie recipe from  vaults at the little vagabond house. I'm not sure I've posted a recipe here journey-wise, but why not? This one combines pecans and tasty caramel for spectacular yum.
Hopefully they will spread joy to hearth and home, perhaps for the Holiday season? 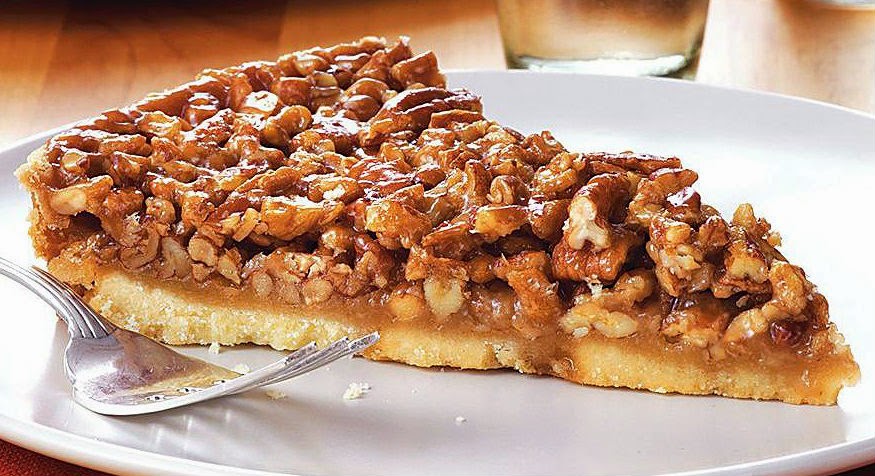 1. Arrange pecans in a single layer on a baking sheet.

3. Pulse flour, powdered sugar, and 3/4 cup butter in a food processor 5 to 6 times. The mixture should resemble coarse meal.

Enjoy the deliciousness!
Posted by Unknown at 2:05 PM

Yikes! And this is what happens when you edit over two days. Initially I had mama's sweet potato recipe going, but SHE wanted to put up her caramel recipe, but I forgot to edit for content. Sorry about the confusion!