Carolina In My Mind 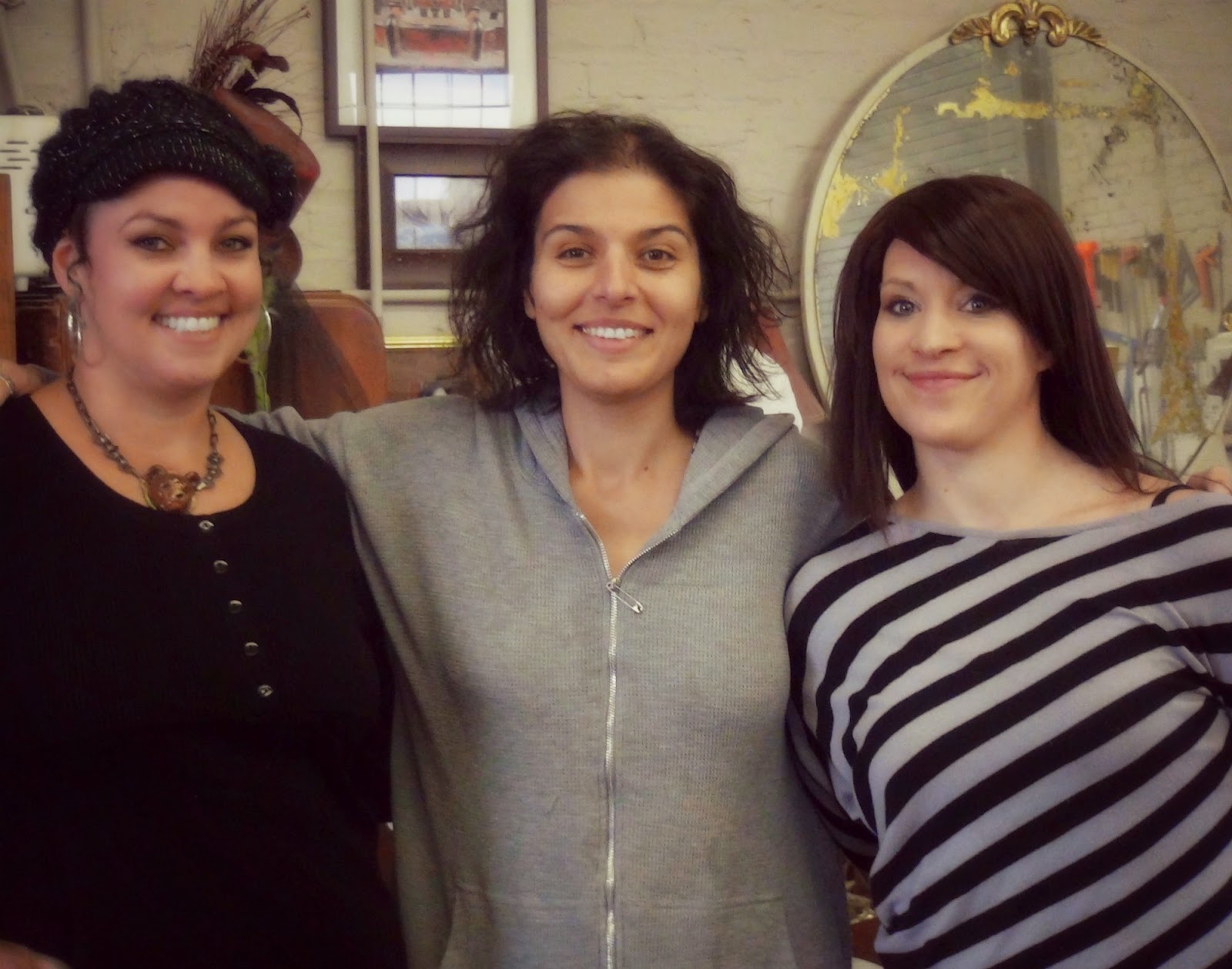 Seems like I'm surrounded by the theme of sisters, lately....

It was the half-way mark of the journey. It would also be the tale of sisters, and surprises, including a tiny, confessional twist. Life, like the road, is full of such winding tales.

I was leaving the golden, sun-kissed, fabled fields of Virginia, where my own sister lived, and driving Southward, a long trekk towards Florida. Before I left, however, my sister had a surprise for me. Since she taught at a fine and fancy boarding school, we trekked that morning far onto the enchanted woodscape of the massive acreage that encompassed the place. As she knew I had a thing for equines of any form, we winded 'round this bend.... 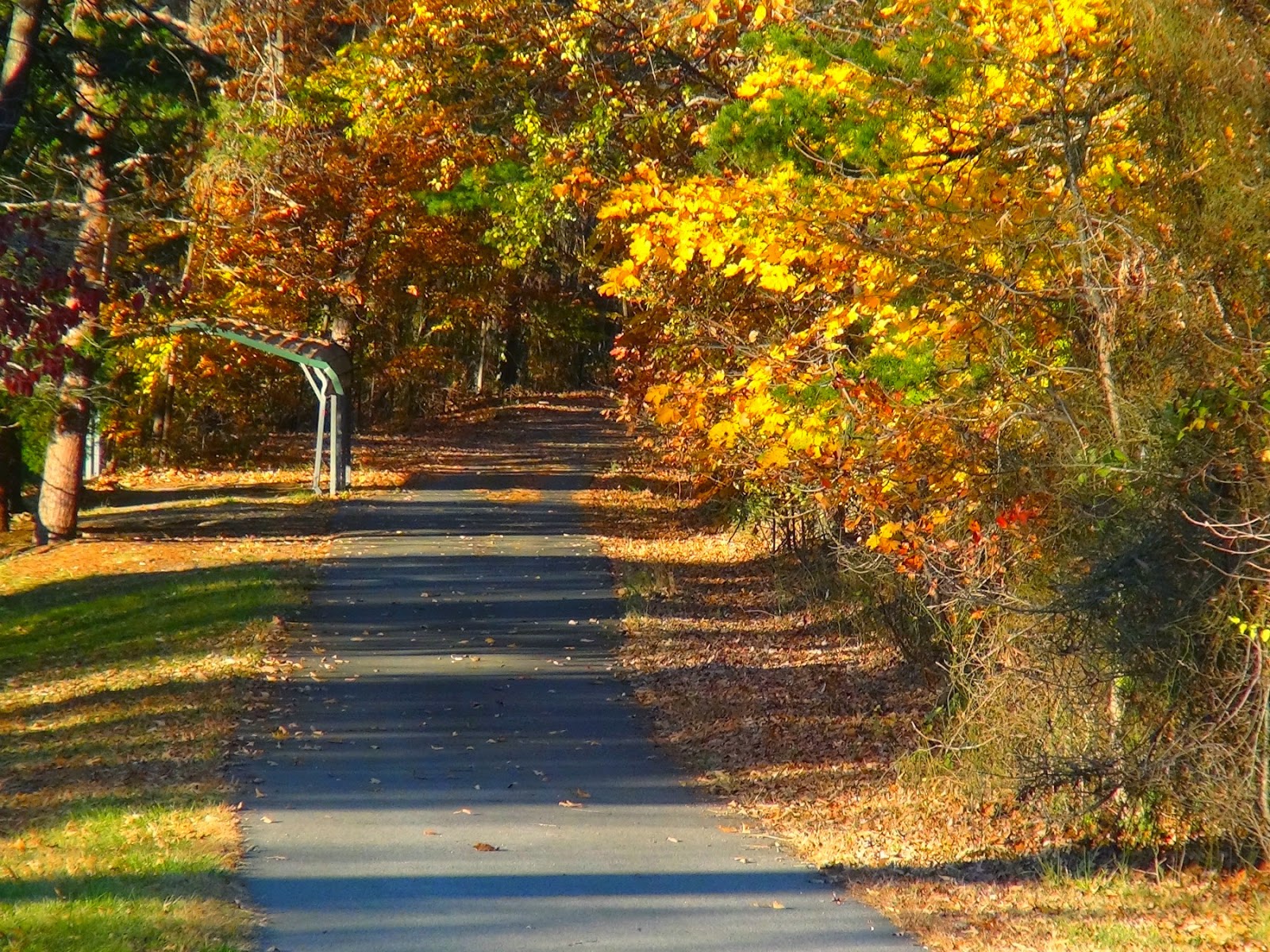 To find a horse stable full of horses! 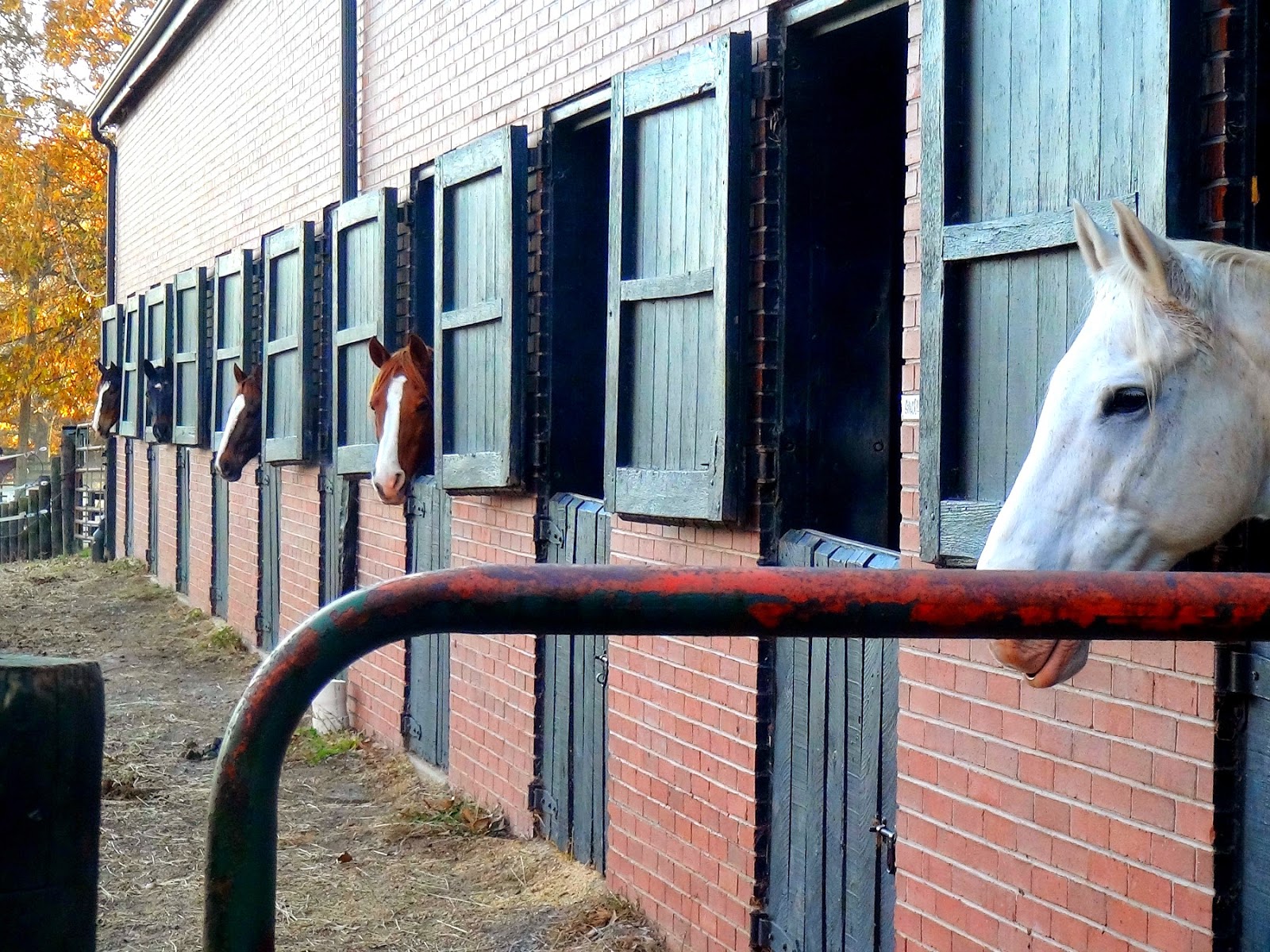 Apparently, this girl's school was dandy enough to host its own stable, and some of these young ladies apparently shipped their own animals in. Those exquisite equines mingled with the schools own riders and jumpers, with the result being a romantic scene that any discerning eye could appreciate.  Ideas of high-school aged juveniles learning equestrianism in any form was so novel to me that I was instantly tickled pink at the entire scene....

I was particularly fond of this fellow--a draft horse!--a Belgian horse named Christopher. What was this behemoth doing in a place full of sleek and light Thoroughbreds, racing crosses, and quarter horses? Why, he was the school's own low-jumping mascot. The breed's cold-blooded temperament meant he would be slow to spook. I always loved the big horses for their more tolerant dispositions. Christoper was no exception... 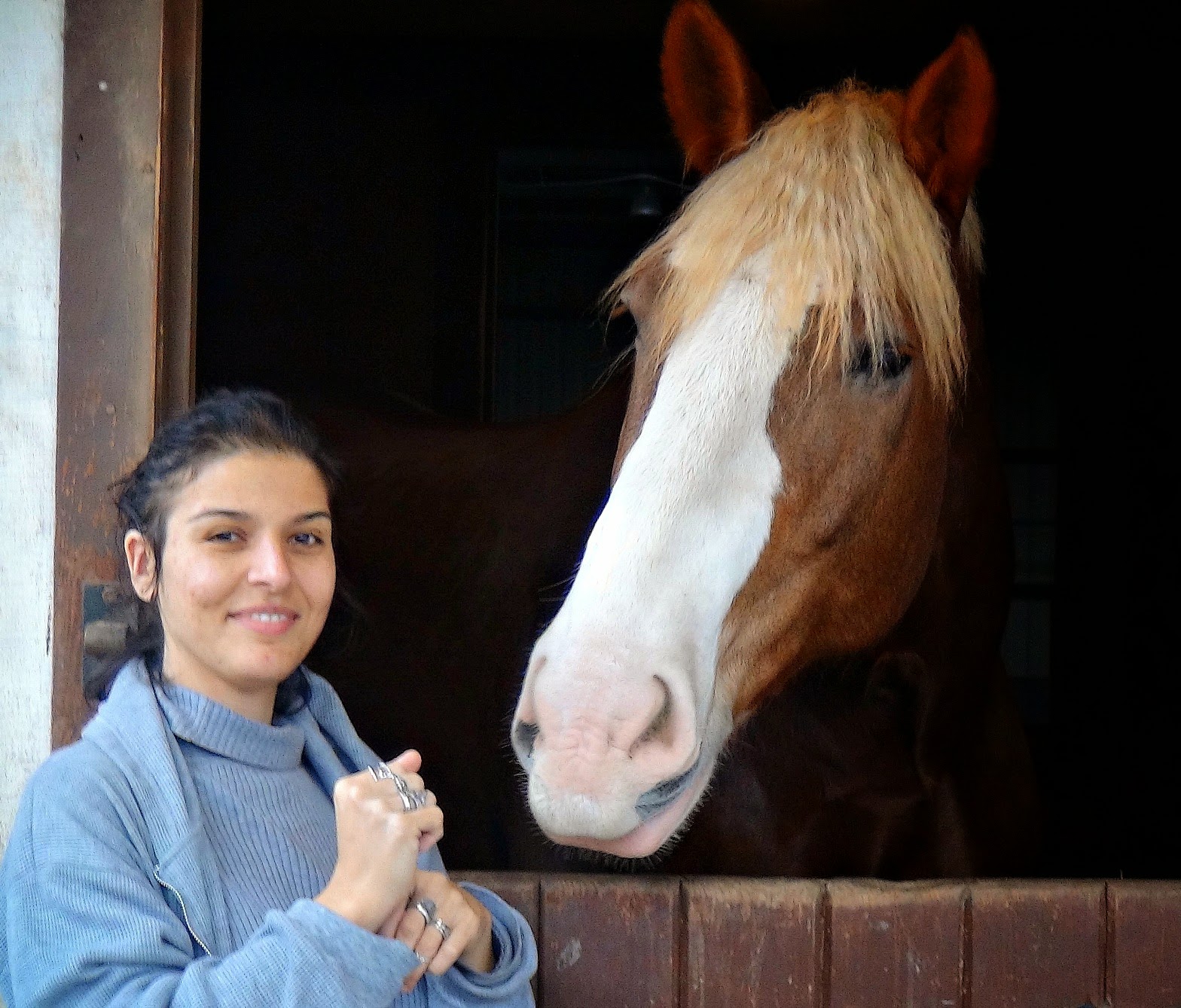 After that amazing surprise, I was off. I had to smile at my younger sibling--in the way you smile at the realization of someone so different from you who knows you perfectly. That girl knew my quirks, and love me anyway.

The theme of sisters would be on my mind long after I pulled out of the long winding pathway away from the Virginia school--that sisterhood would be following me for awhile.....See, I was driving to North Carolina, to see another pair of sisters, artists and friends of mine for several years.

Before that though, it occurred to me that  the Carolinas are themselves sister states, once known as a SINGLE entity, and actually considered part of Virginia--in 1609.  It then became the Province of Carolina, in 1663, before it was split into "Northern" and "Southern" entities in 1729. The name "Carolina" hints back at it's histrionics; it was created under the charter by King Charles of England (though some have said it is part of the word Carolingian, for the Carolingian/Frankish dynasty).

Now you might be asking yourself why a traveler like myself would be so informed by any one particular place, so I will now tell you a little confession: I have had a secret crush on the Carolinas. For years. Yes, you heard that correctly--these strange wandering bones of mine have always wanted to park permanently (or at least semi-permanently) for some time now.

Why? The folkish heart of mine had always loved it's mountain ways, it's forested, four-season scene. It was smack in the middle of the East Coast, where perhaps visiting either the north or south would be within range. It's folk art scene and farming scene seemed ideal and its economy reasonable. It was perfect for beekeeping too, as it boasted sourwood honey harvests found nowhere else. I was in love with its lore, it's people--heck, the whole shebang.  If I couldn't live in the English countryside (which may be my first love, but a shame on the whole non-citizenship snafu), and outside of New England (which was by now too cold for my old bones), then this would be a lovely vision...perhaps.

I had been told North Carolina was a bit more green and economy friendly than it's southern sibling, so that's where I set my sights. And happily, I would be seeing two dynamo sisters in one of those sister states.  Brandi McKenna and Dustin Pierson Harlan were two balls of fire disguised as ordinary Southern gals (although I'm not convinced that there really IS such a thing as an ordinary Southern gal). By my understanding, they have been born and raised North Carolina beauties and blossomed into some fierce ladies, the sort with a twinkle in their eye that promised mischief and a passel of creativity.  Raised by artists and farmers from their North Carolina heritage, it would be no surprise that they turned into professional artists themselves, but with the sort of energy and DIY can-do spirit that was enviable.

I chanced upon them via the interwebs years ago, and was impressed by the endless enthusiasm and accomplishment they both displayed.  Brandi, the older of the two seemed an impossible live wire: a mother of three ebullient children and a small army of pets, she managed to run 5 miles a day and start AND finish several art pieces A DAY.  As a fellow artist who took A WEEK to produce ONE piece of work, with far fewer domestic obligations, I frankly started to feel like a stick in the mud.  Honestly, her energy level seemed abnormally high, as few artists I knew could accomplish such weighty tasks.  It would be impossible to worry about such things, as Brandi also had such an infectious sense of positivity, that one couldn't be helped but jump into such a charming and fun personality.


Ain't it great to meet friends? Dustin (l) and Brandi (r). I have no idea who the crazy girl in the middle is, though....

Her specialty was in folk-art; her medium was in paper mache fusion--wall plaques and stand alone art with a folk-art edge. She may best be known for her moons and Halloween art, which could be found in her own art name She's Off Her Rocker. 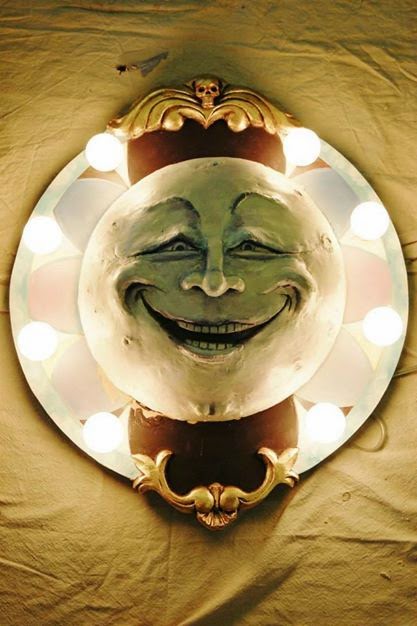 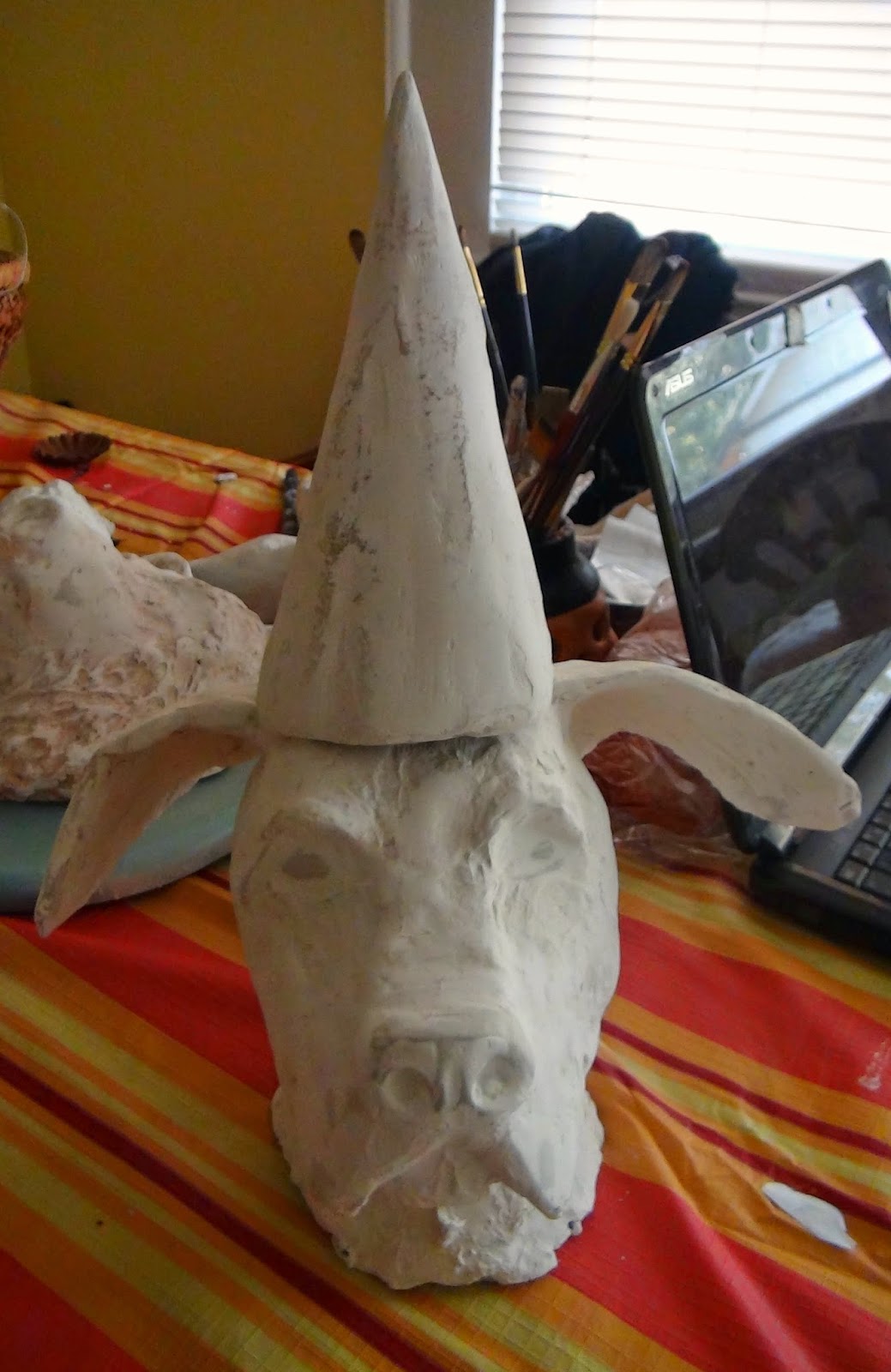 Eventually, I also managed to meet her sister Dustin, online, and found that she was cut from the same cloth: perhaps slightly calmer than her older sis, she seemed to share the same tomboyish, sparkling, go-get-'em attitude. Moreover, she seemed mechanically technical; she loved taking machinery apart, fixing them, or using their parts for bigger, better, things. In this case, she did amazing jewelry, made of odds and ends and beautiful findings. 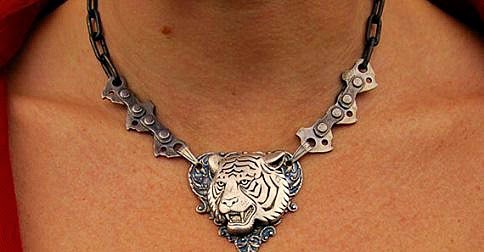 Further, the two often worked in art restoration, or collaborated on interesting art designs to create their own signature works. These could be found under their current works as Harlan McKenna Designs.


One of the cool, interesting Harlan McKenna collaborative pieces.... The two gals live just outside of Charlotte, North Carolina, and I would be visiting Brandi's sweet cottage in a quaint town as quiet and rural as I could hope. It was as beautiful as any place I had stepped into since leaving the hustle and bustle of NYC.  The two sisters were as warm as I had imagined, and were full of surprises. One such surprise was taking me to their new, state-of-the-art studio, as part of a huge new artists' project and collective called ClearWater Artists Studios. And it was only FOUR blocks from where the sisters live.

I wasn't so sure what to make of this place. I mean, we were in a small town in the South. How fancy could this place be?

People, I was quickly made to eat crow:  this place was hopping! Once an old energy warehouse and plant, the thing had been converted to new, lovely, usable spaces for creative types everywhere. Brandi and Dustin share a massive warehouse space and create beautiful and fine works there. There was a beautiful main gallery, a cafe planned, more artists spaces being constructed from the various work buildings, and a farmer's market in the works. Like I said, this place was full of surprises.

Of course, my ears perked up at the words "art" and "farmer's market." Wait, a space where art AND farming could exist? I was intrigued; it seemed impossible, but I was indeed standing in a place where both my interests actually collided. Sensing my excitement, the sisters introduced me to the lovely arts laison, Sarah, and a friendship was struck. Yes, it seemed that I might actually be able to somehow participate in both the arts scene and farming scene here. It would be a matter of fitting the puzzle pieces, and could only be helped by Brandi and Dustin's VERY ENTHUSIASTIC encouragement.

Ideas were batted around. And continue to be batted around. It could be exciting. And maybe it would be, but it would take some deep thinking and list making and weighing of choices. Who knew? The place was definitely full of potential. And fine friends, too. I had met Sarah, and various other artists. I had also met Alan, the contractor who worked there, a fine farmer and builder, himself. It seemed everywhere I turned, there were honest, salt-of-the-Earth people simply working and doing what they loved, unassumingly and with that certain twinkle in their eye.


Alan, one of many North Carolina folk that lend their great attitude and creativity to the place... 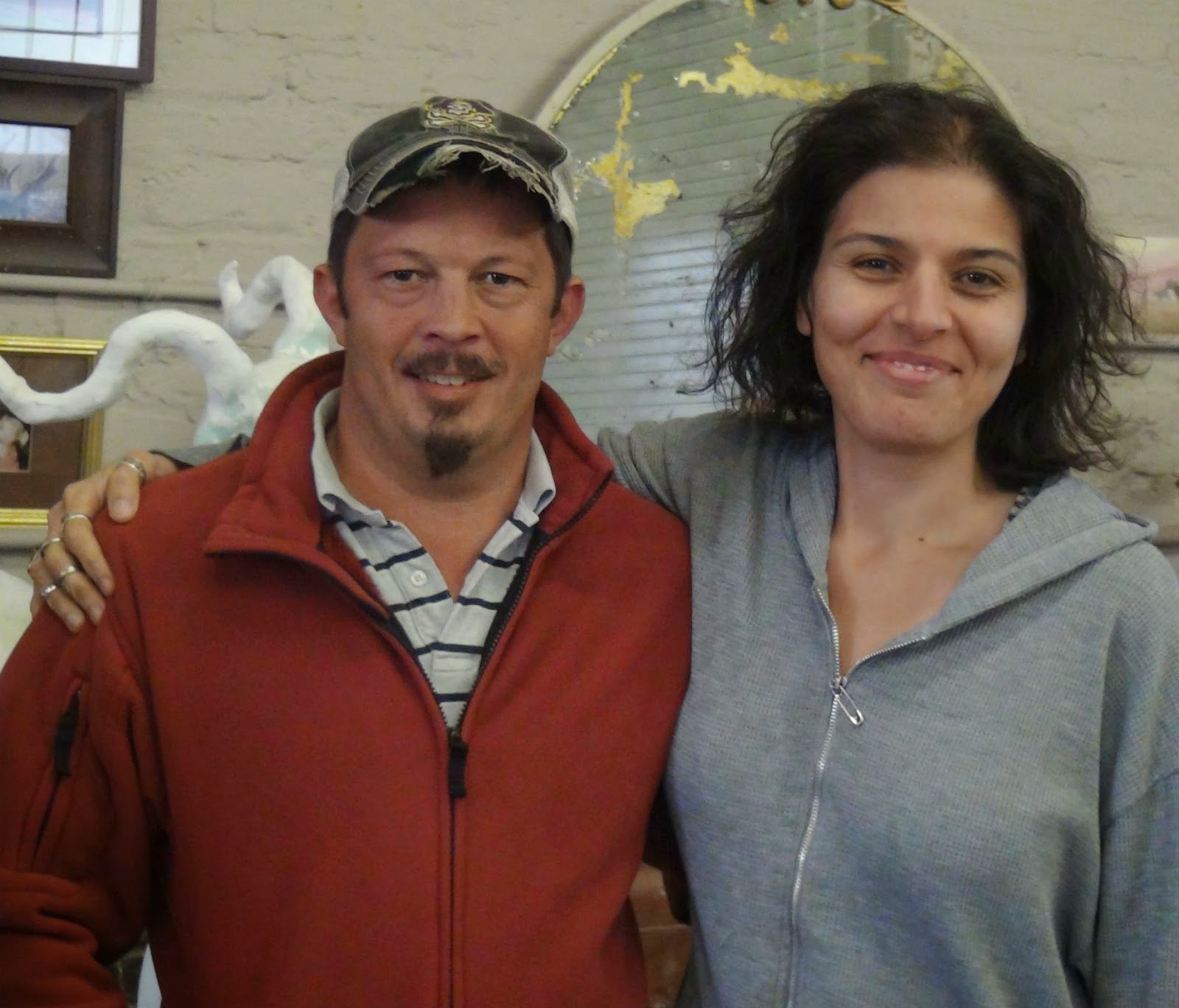 Dustin and Brandi were no different. As with everything in this place, they were full of surprises. I would especially be humbled to know that they were juggling these wonderful, artful accomplishments, both with their own health problems. You wouldn't be able to tell, as they maneuvered their day with that gung-ho, fearless attitude about everything. I would be surprised at how well, and with how much humor they used, even in light of situations, big and small, that might make others just back away.

Whether it was rowdy kids, nipping puppies, or a broken dryer (Which Dustin expertly TOOK APART, in front of my astonished New York City non-repairing eyes, and REPAIRED by herself, lickety-split), or possibly more, one never sensed that they were anything more than just in love with their crazy little lives. As we ALL should be, and it was THAT attitude that I love most about those two. Plus, they make kick-ass art. Pure and simple.


Brandi, Mother, Artist, Mischief-Maker: how can you not love someone who makes, from scratch, PUMPKIN muffins (with real butter!)?? How will I ever leave North Carolina? 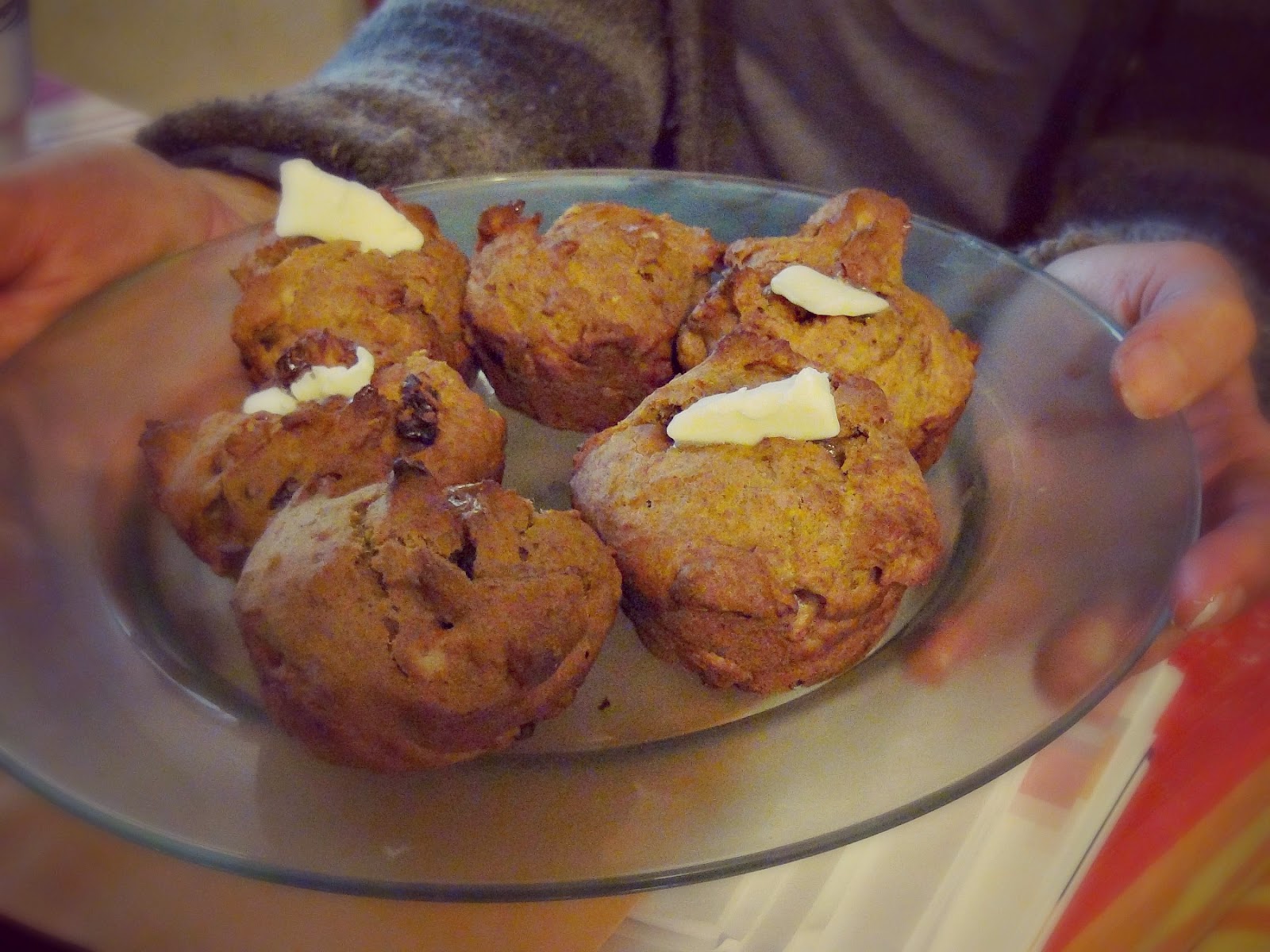 That whole place had it's own simple enchantment. A place that really supported the arts and farmers? Did I EVEN mention this place had SEVERAL antique stores? You remember my small antiques addiction, right?

Heaven help me, I was going to have a real problem getting over this new crush of mine!

*Find out more about Clearwater Artists Studios HERE
**If you are in the Concord NC area, TODAY (as we speak), they have an artists walk. Click the above link for more info and support the local artists!

UP NEXT: MORE NC Friends!