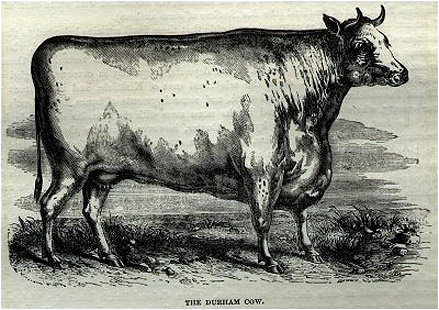 "Stop the Car!" I yelled to my cohorts, sisters Maryanne and Tina.  We had been riding around the beautiful countryside of Manheim (or was it Mount Joy?), amongst Amish farmsteads and rolling hills...and as we rounded the corner, there stood the vision of TWO horses and a large mule, pulling a harrow that dug up a large field. A boy straddled the equipment, already an expert in his young age.

Foolish as it was, I wouldn't have minded pitching myself right out of our moving vehicle, just to be able to trot up to the lad, and ask him HOW DO YOU DO THAT?  Nevermind that he would have taken one look at my crazy hair, and probably the dirt and mud I'd have accrued from flying headlong outside of a moving automobile...and probably pronounced me something straight from the underworld...no, I wanted to know. How, OH HOW did you train those animals to do that? What was this secret that I forever seemed to be on the other end of?

But no, my women friends managed to talk me from the plummet and rolling part, and off we went....

Along the journey, we would see charming farm stands just idly up by the road, or signs for BROWN EGGS. PEACHES. SWEET CORN. We finally stopped at a farm that had RAW MILK and RAW MILK ICE CREAM.  I can't help it, I've always liked milk the way my mother's generation had it. And in Pennsylvania, it's legal to sell raw milk.  We turned down the road (driveway?) to what would be a Mennonite farm. Their huge barn and farmyard housed several large, bug eyed Holsteins. Two young boys puttered with some sort of farm tractor. The farm wife, bonnetted and paisley aproned, was on a lawn mower in front of the house. She waved curtly as we swung into the front of a little farm store, the screen door waggling behind us as we found ourselves in front of a bare room with freezers and a refrigerator.

But...it was charming. A little board had the day's items and prices. There was an open cash register with cash and coins laid out; this place was working on the honor system, and I loved that.

I was happy to find jumbo eggs for sale at $1.75 a dozen (!!) and the raw milk in Harrisburg is almost $7.00 a gallon. Here? THREE WHOLE BUCKS (!!!)  I bought one of each and made a note to visit this place everytime I visited the sisters. I supposed I would have gorged on the $4 a gallon raw milk icecream, but how would I transport it back?

Soon enough, it was time to go drove around for a little while more, finding secrets along every road and curve. Eventually though, the sun was going down and we were off to another fun "chore."

If I hadn't divulged it before, I say now that Maryanne makes soap. Fantabulous soap. Dare I say soap as good as my super duper soap-maker and farmer friend (and writer!) Donna OShaughnessy.  Maryanne's was on par with that good soap, but it was different. Different oils, colors, designs...which is why there can be many good soapmakers out there....and I was in for a treat--I would watch Maryanne and Tina make soap.

Their soap making headquarters is actually a sweet little storefront originally made for the Christmas Tree farm Maryanne's husband runs on the farm. It has since morphed into a cozy workspace with oils, essences and soap ingredients, and has an area for soap drying. Plenty of wonderful and unusual soap is made here, and you can find these at Lancaster County Soapworks.

The ladies are super-efficient at their craft, mixing and batching soap with skill that comes with running this little business for over a decade. The sisters were funny and insightful, chatting with me about all sorts of things--business advice, life advice. I seeped this in, stunned at their candor and frankness. They told it like it was, without being harsh, and one got the sense that these two should rent themselves out as those sort of Aunties that helped you with everything. In fact, I swear that---should I close my eyes---they were filled with equal amounts of magic and gravity that the Aunts from Practical Magic could very well have been in that room.....

We talked more over a dinner of pizza and ice cream...and I suppose this is a great segue-way to introduce Tina's daughter, Molly. The young lady (I dare say we were all old enough to call her "kid") is a beauty...equally as direct and funny as her mama. I wouldn't have guessed that Tina was someone's mama, but that's only because her spirit is so daredevilish, there is nothing typically domestic about her. Let me be clear though---from what I understand of her life, that she is an absolute amazing mama....I'm still trying to adopt her and her sister as those "Aunts" I was telling you about!

I was quite sad to leave, the next day...but part of the weekend journey also had me going out the opposite way past my house to visit a woman about riding some horses. Ever the mamas that they are--I was given FOUR FREE bars of soap (I think I will be clean for at least a year!), and Tina Tucked some of her homemade applesauce into the box that held the milk and eggs for the trip home.  I loved these people. Loved them.  I was finding kindness everywhere...

Then, as it always seems, I was on the road. Those folkloric Pennsylvania roads would lead me to the horses and horse training of my dreams....or would they?
Posted by Unknown at 1:39 PM

We spent some time in the Amish Country of Indiana last month and I was impressed with their lifestyle. Shipshewanna seems to be the center of their communities there. Our blog is: sunshinenomads.blogspot.com. We have been in upper Michigan for six weeks and it is beautiful up here.