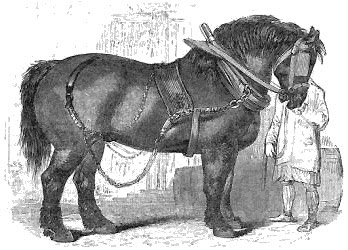 Something about the mountains always calls me.  Pennsylvania, land of Appalachia, teases me with these monumental, mysterious earth-giants.  And, now, here I was, atop one of them, speeding up a mountain road…in search of some horses and driving lessons, to boot.

I had just left the Twisted Sisters (said with fondness!), Tina Sams and Maryanne--herbalists, soap makers, farmers, hip women, and future professional comediennes! Together with Tina’s daughter, Molly, you could not find three more creative, HI-larious, and kind people. This bunch, I daresay, was pretty much kin by the time I put my foot on the gas pedal and left the driveway.

But now…now was another story. The jalopy and I headed the OPPOSITE way of my house.  Little towns became lush forests and we headed up, up, up, until I could actually look down on the vista below. Memories of Upstate New York flooded me--that place held so much promise and so many small, broken dreams--but as always, it was about moving forward. It always was….

I was headed to Newport, PA. By all accounts, it between a small town and large farmlands…and by all accounts, I WOULD get lost, simply because I am a complete albatross on the roadways, direction-wise. I called my hostess--Kris. She ran a driving school, and would know the way. A jovial voice answered “You’ve gone too far,” because I missed a fork in the road. By then, I was looking at eye-high corn on either side of me.

After I rerouted, I managed to come up the gravel drive of a secluded cul-de-sac, and that opened up into beautiful fields. An Appaloosa grazed in the near pasture, a beautiful sight. My nerves and adrenaline were on hyper drive. I had built this crazy moment up in my head.

Months, MONTHS of frustration at not being able to do any of those things on my “want” list (learning to quilt, learning to drive horses, learning to play the fiddle, auditioning for the theater) had me wound on pins and needles.

Kris was a jovial woman, clearly old enough to have been in the horse world for some time. She greeted me with a firm handshake and twinkling eye, and then led me to the farm office nearby their house…

This place was the real deal. A tiny yellow rescue barn kitten ran around the office. Through the screen door, I saw several large chicken and a macho rooster strutting their stuff, on mantels everywhere, there were pictures of a young Kris, jumping and showing horses, and ribbons and trophies…and through the side door, I saw one of the advertised Percherons, eyeing me warily through the side of his stall.  I took it all in, excitedly…

Kris explained her program and I explained what I wanted. Her fee for driving was fair, but she suggested I come every week, which was probably stretching the budget. We talked about leasing horses, we talked about various things…and while I understood her standpoint of making a living, I realized it would be hard to get as much hands on experience as I would like, unless I found some extra means for money. I wasn’t 100% dissuaded, but it gave me pause. Plus, I realized that the distance between her and I was a bit more than I had originally expected, so the cost of gas was pushing the project right to the very limit.

I tried asking for a barter situation. What’s a farming/mountain woman wanna-be to do? I had no problem paying for certain things up front for sure, but I hoped to barter for some extras. Unfortunately, but understandably, she declined…but my heart sank a little anyway, and I started wondering about alternative ways to make up for any possible money discrepancies, anyway.

Undeterred, I decided to follow Kris out to meet the horses anyway.  The barn was huge, clearly well kept. We rounded into the stalls, where her magnificent Percherons were kept, and we seemed to hopscotch between the classic white, and black horses, looking at one or another in every other stall. And they WERE gorgeous, giant beasts that towered over one's head, and each gentle and friendly as kittens.

...But that was the problem, they were TOO friendly.  Each of them, though quiet and kind--and stunningly beautiful--would immediately walk straight up at me, inadvertently crowding me in order to sniff my hair, shirt, eye me. Again, there was no malice to a one of them, but there is something quite jangling about a beast so huge that their chin hairs brush the top of your hairline, and there they are towering directly over you.  I was waiting for their owner to command or move them back, and it never happened. This was a stark comparison to Joe's Percheron's, who waited for YOU to meet them, never daring to cross the invisible threshold between man and beast.

Kris sort of laughed it off, moved them briefly, and continued to talk as they sidled up again.  I  was a bit concerned, to say the least...and at one point, I even broke out the most basic of ground training an gently poked my two fingers into the clavicle of one of the mares. Immediately, she gave to the gentle resistance and moved backwards, as any well trained horse should. So I wasn't sure that the owner was just nervous or chatty, or wasn't too worried about the horses, but she wasn't asking them for proper and respectable space.


And so I left with the feeling of nervousness...and some worry....was I making too much of it? Was I expecting too much, with too little experience.  There was nothing but confusion and unease...and THAT would be the theme of days yet to come.....

Hi Zan....I had a really nice visit here this morning reading all of your chronicles about the places that are so familiar to me.
So when are you coming to our house for a visit? It would be so much fun to meet you and even more fun for Mia to talk with you...you are living a life she dreams of having.
So won't you come?
Much Love♥